Songs from the Well 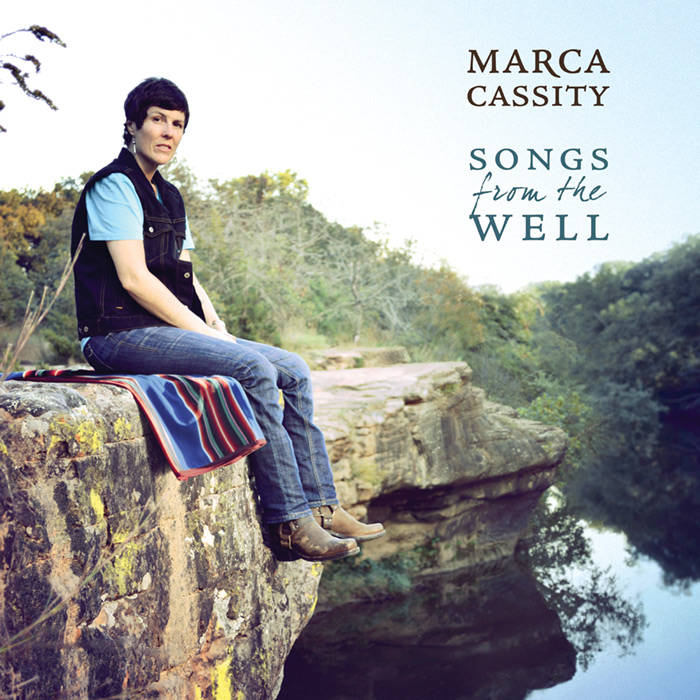 Marca Cassity's fourth independent release, "Songs from the Well" is a tribally-funded collection of 11 folk rock spirit songs, that delivers a positive message with Native nuances that speaks to overcoming hardship through resilience, in connection to nature, humor, love, compassion, spirituality, and heritage. The album, recorded at world-renowned Bay area based Fantasy Studios, and produced by Julie Wolf (Indigo Girls, Carly Simon), features guitarist Adam Levy (Tracy Chapman, Norah Jones), bassist Paul Olguin (Mazzy Starr) and drummer Dawn Richardson (4 Non Blondes). For this recording, Marca Cassity was honored to have been recognized by the Osage Nation with a tribal artist grant. The grant provided half of the funding for the project, and the remaining funds came from contributions by fans and supporters through Indiegogo.

Growing up on the Osage reservation in Oklahoma, Marca learned early on about resilience through struggle and persecution. Born a two spirit Indian of mixed heritage in the midst of a blue collar bible belt, Marca’s youth was filled with life challenging adversity. Ostracized, and having outgrown their small town, Marca set out on their life’s journey, studying with spiritual teachers and musicians from around world, eventually becoming a trauma nurse and later a trauma specific counselor for Native American families in San Francisco.

Through their trauma work and spiritual study, Marca became in awe of their own and others resilience. Always writing and producing music, this is Marca’s first album that musically explores resolute human strength with native nuances and the reclamation of their heritage as a way of healing. In the past decade, Marca has been embraced by their people in Oklahoma in a wonderful way, and the pain of the past along with the joy of the evolution is the wellspring from which their latest album springs forth.

The lead off track “Hallelujah” with its percussive rhythm and sage words, “What appears as a betrayal is truly a guiding light,” shines as a beacon on the overarching theme of the album, meditating on the spiritual aspects of forgiveness that allow one to grow, move forward and “ fully choose life.” Producer Julie Wolf joins in backing vocals on the spirited and liberating “Free” with a chorus reminiscent of her work with the Indigo Girls, and adds her beautiful piano work on the touching ballad “Disasters.” On “Goodbye” and “Raven,” Marca’s love of traditional Osage singing, drumming and powwow music from all different nations, as well as the writing influences of musical contemporaries such as Joan Armatrading, Mary Gauthier, and Gillian Welch are evident in their songwriting and instrumentation choices, that blend and weave throughout. The closing track "Bells,” is a heritage song, and features the dance bells of traditional Osage dancers. This summer Marca was honored to sing “Bells” at the inauguration of the new tribal Chief and Congress people on the Osage reservation and was the featured artist on Bay Native Circle radio show in Berkeley.

The album title “Songs from the Well” was inspired by a cousin’s near death vision of a box of unrecorded songs written by Marca that she found in the well house on their Osage Great-Grandmother's land. Thirteen years after their cousin’s vision, Marca sifted through their song catalog to record this album, and realized these eleven tunes were the songs from the well. The well that allowed their to return full circle, home, and back to their roots.

For more information check out: www.marcacassity.com

Marca Cassity is a bringer of acoustic soul spirit songs. Raised up in rural Oklahoma of Osage Indian heritage and blue collar sweat, hard work is no mystery to them, and it shows in their art and expression.

Bandcamp Daily  your guide to the world of Bandcamp

Exhumed and Gruesome's Matt Harvey checks in, with jams from Cannibal Corpse, Midnight and more